Get Modern
Come visit us where Contemporary meets History,
at the Historic Jasper Block Building. 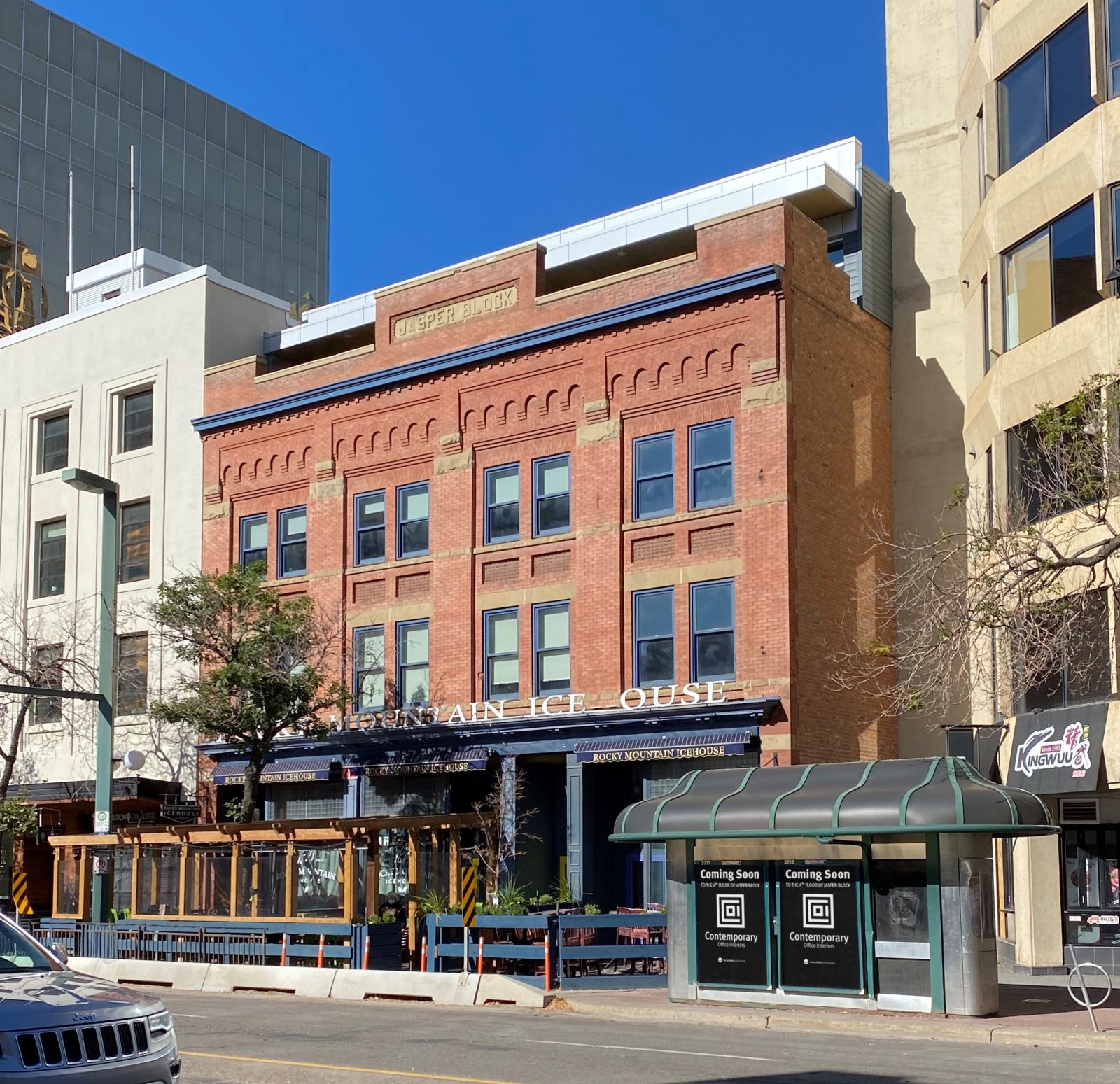 Jasper Block originally consisted of 3 stories and was built in 1909. In the most recent years the building expanded to include a fourth floor (our home) with a roof top patio. The building received historic recognition in 2004 by the Municipal Historic Resource.

The Jasper Block is significant for its architecture, being one of the last remaining turn of the twentieth century buildings left on downtown Jasper Avenue and is a visual link to the City's early and rapid development. The building's architectural form and traditional high glazed store frontages is typical of many early Edmonton Edwardian era combined commercial and residential developments.

The Jasper Block is also significant for its association with John Kelly, one of Edmonton's early typical successful businessmen who came from mixed professional backgrounds and found success in real estate. Starting as a blacksmith in Edmonton in 1902, but moved into real estate he developed and built commercial buildings, of which a few still remain as significant historic resources in the City.

It is also significant for its association with the building's architect, Hopkins and Wright who were responsible for the design of other early commercial buildings.

Currently open by appointment only.

We look forward to hosting you for our grand opening in the new year.

Visit us in the historic Jasper Block building