Herman Miller Increases Use of Ocean-bound Plastic with Aeron Chair

The Aeron Chair Portfolio, including new colourway Onyx Ultra Matte, and other product and packaging solutions will incorporate mismanaged plastic waste found near waterways as part of the company’s commitment to use 50 per cent recycled content in all materials by 2030.

Today, Herman Miller (NASDAQ;MLHR) announced that its entire portfolio of Aeron Chairs will contain ocean-bound plastic, including a new colour, Onyx Ultra Matte, which contains up to 1.13 kg of mismanaged plastic waste found near waterways per chair. These material changes in the Aeron Portfolio specifically are projected to save the ocean from over 136 tonnes of plastic annually – equal to approximately 15 million single-use plastic water bottles1.

The updates are part of Herman Miller’s membership in NextWave Plastics, its ongoing commitment to sustainability, and its long-term goal to increase recycled content to at least 50 per cent including the use of ocean-bound plastic across all material the company uses by 2030.

Aeron is the latest in a growing list of products Herman Miller has re-engineered using ocean-bound plastic. The effort also includes parts of the recently launched OE1 Workplace Collection, the Sayl Chair in Europe, utility trays as part of pedestal units, and its latest textile collection, Revenio, which is made of 100 per cent recycled materials and includes a biodegradable polyester. The company is also reducing its footprint by adding ocean-bound plastic to returnable shipping crates that send seating parts to and from suppliers and poly bags used to keep products safe during transit.

“Every year, an estimated eight million tons of plastic enter the ocean. This is roughly equivalent to dumping a garbage truck full of plastic into the ocean every minute,” said Gabe Wing, Herman Miller’s Director of Sustainability. “We joined NextWave to play an active role in taking on the ocean plastic problem and cast a wide net for opportunities to incorporate ocean-bound plastic across our global operations. We’re proud of the progress we’ve already made with packaging and textiles and are eager to continue doing our part in preventing harmful plastic from reaching our oceans by adding it to the iconic Aeron Chair.”

By integrating ocean-bound plastic into all of these products and packaging solutions, Herman Miller estimates to divert up to 234 tonnes of plastic from the ocean annually, equal to preventing close to 400,000 plastic milk containers or up to 23 million plastic bottles from entering the ocean annually1. 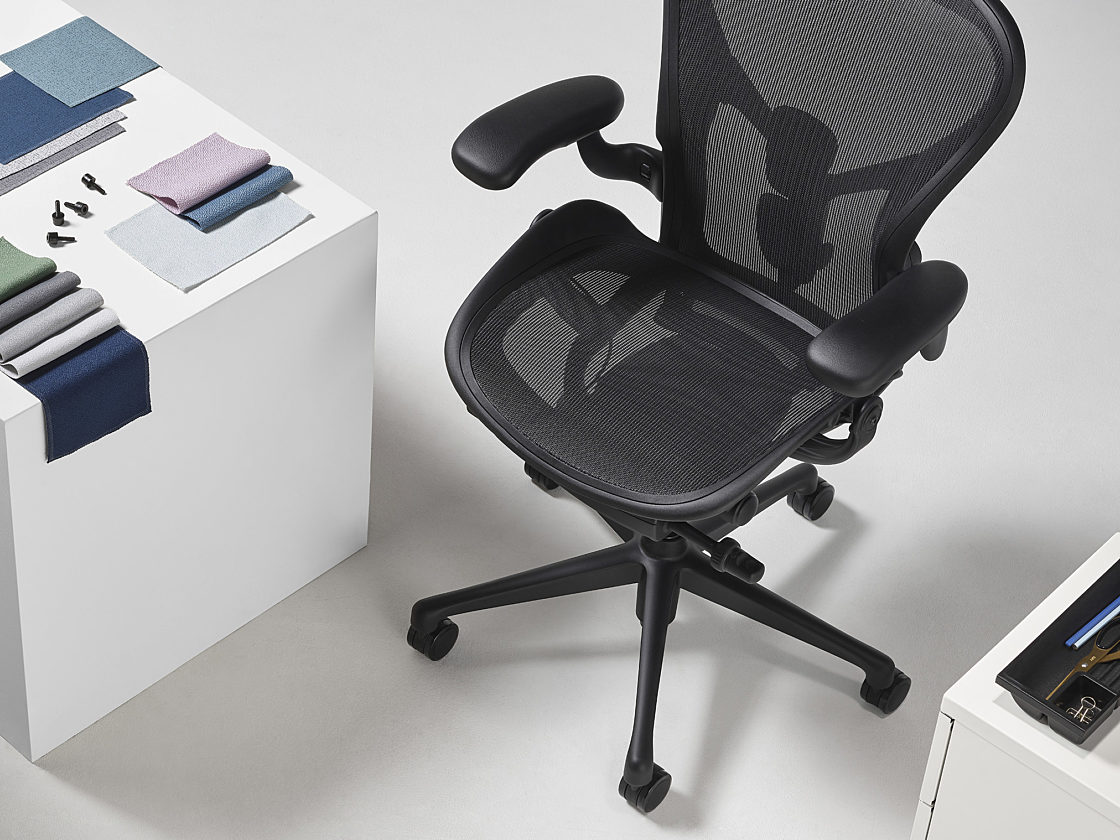 Aeron Chair made of OBP's

Ocean-bound plastic is plastic material that has not yet found its way into the ocean and is classified as “mismanaged waste”. That is, plastic that is not being collected, is unlikely to be collected, and found within 50 kilometres of a coastline. Common examples of ocean-bound plastic include plastic bottles, jugs, caps and fishing gear.

When plastic waste builds up in coastal cities, suppliers work with local pickers to collect the plastic. Once collected, the material is ground, washed and pelletised. From there, it is sold to manufacturers who test and re-engineer the plastic to incorporate into products. 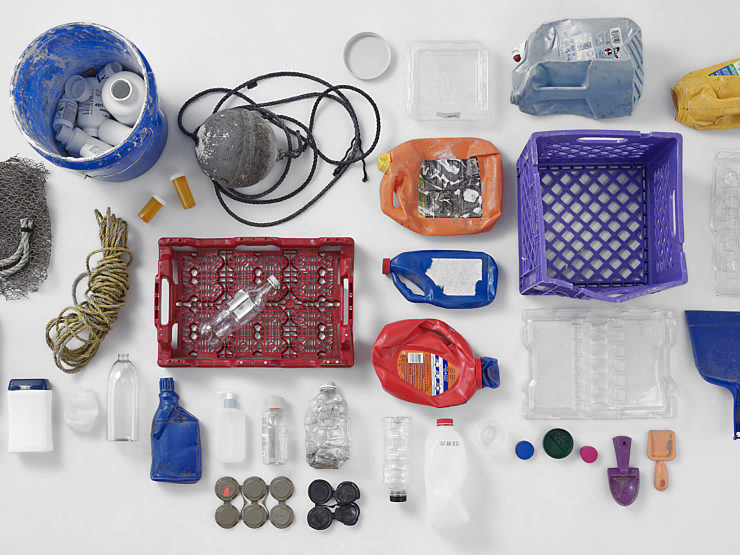 The plastic used in Aeron is currently sourced from India and Indonesia, which are two of many locations where Herman Miller and other NextWave member companies are creating demand and establishing a supply chain for this material. By sourcing ocean-bound plastic from these areas, the companies are making both economic and social impact by supporting local communities and employing individuals who make a living collecting mismanaged waste near the shoreline.

Making the best better for Earth